The 9th Sava Youth Parliament was held on the 8th and 9th of October 2021. This year the SHELTER consortium joined young leaders from the Sava Youth Parliament to brainstorm about how we can together help to enhance flood risk management of cultural heritage in the Sava River basin. This event was organised by the International Sava River Basin Commission (ISRBC), and it is supported by the SHELTER EU Project and the UNESCO Regional Bureau for Science and Culture in Europe. 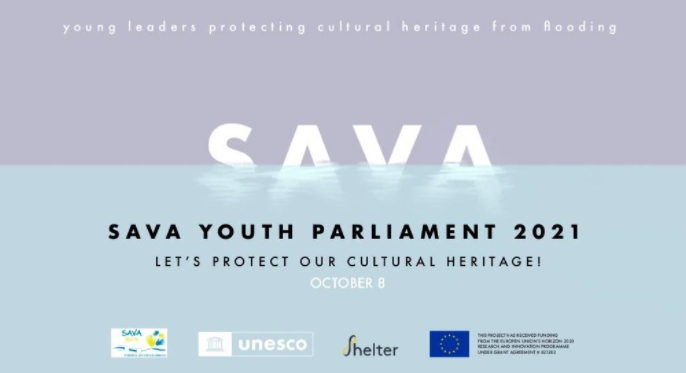 This edition of the Sava Youth Parliament was entitled “Let’s protect our cultural heritage”, gathering winners of a Competition for secondary schools and youth, i.e. 8 schools from 4 countries namely Slovenia, Croatia, Bosnia and Herzegovina and Serbia.

The event gathered more than 50 participants from the secondary schools. Because of the pandemic, the event was organized in hybrid form. The students from Bosnia and Herzegovina were present in Banja Luka, while the others participated online. Also join the event as guest, the UNDP Bosnia and Herzegovina and the Scheldt Youth Parliament were present.

The UNESCO Regional Bureau for Science and Culture in Europe together with SHELTER project partners developed a series of simulation games, to enable SHELTER experts and selected students from the Sava River Basin countries to exchange knowledge and ideas and for youngsters to learn about the threats on cultural-historical sites in the Sava River Basin caused by the floods.

The output of this Ninth edition of the Sava Youth Parliament is presented here, in the story map shown below.

Also, during the event, the SHELTER Youth Ambassador Call was officially launched! 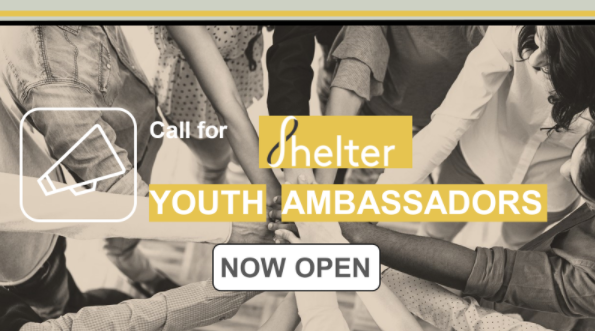 The aim of this call is to inspire the younger generation to take action in protecting cultural and natural heritage, establishing a long-term cooperation between SHELTER and Young Leaders, encouraging the local community involvement.

The day after SHELTER’s session, on the 9th of October, in the frame of the Sava Youth Parliament activities, the students, in cooperation with the Republic Hydrometeorological Institution of Republika Srpska, set the high-level water marks at the Elementary School “Desanka Maksimović” in Trn. They visited the heritage sites in Banja Luka and its surroundings (i.e., Fortress Kastel, Ferhadija Moscue, Cathedral of Crist the Saviour, Banski Dvor, Gosposka Street and the Trappist Abbey).