THE UNIVERSITY OF THE BASQUE COUNTRY DEL PAIS VASCO/ EUSKAL HERRIKO UNIBERTSITATEA (UPV/EHU) is a teaching and research institution officially founded in 1985. The university employs over 7.000 people in 31 faculties and schools distributed in three different campuses, with a total of more than 50,000 undergraduate and postgraduate students. The UPV/EHU offers the highest number of doctorate programmes of all Spanish universities, one third of which have received a mention of excellence from the Spanish Ministry of Education. The UPV/EHU has been recognised as an International Research Campus of Excellence by the Spanish Ministry of Science and Innovation.

Since the first Research Framework Programmes, the UPV/EHU has been very active and has participated in many collaborative projects. With regards to the 7th Framework Programme, during the period 2007-2013, the University of the Basque Country has participated in 94 projects, has coordinated 22 of them, amounting to more than 30 million Euros of financing from the FP7 programme, and more than 3 million Euros from other European or International Research Programmes. In Horizon 2020, the UPV/EHU has already been successful with 76 projects, which so far have attracted a total sum of 23.5 million Euros in research and innovation financing. 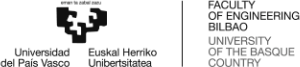